One of the first things you need to do in fiction online creative writing is to develop a character that the readers will care about. Well-written character will hook a reader and create a lasting impression. Sometimes a great character is even more important than the story itself.

When you have an idea about the story you want to tell, you need to develop characters that will carry the story and make it interesting. You need to devote the most attention to your main character and create a multidimensional persona that will convince the readers and attract their attention. Of course you can base your story on several main characters (ex. gang, friends, family), which can make it a little harder to coordinate.

If you want to create appealing character that will make an impression, convince readers they know him/her and make them identify with him/her, you will need some help. Professional writers often use character questionnaires, worksheets and software to fully develop a character.

Here are some of the main areas you need to focus on when developing your character:

1. Who is the main character – hero or anti-hero?

3. Personality – is your character peaceful or aggressive, adventurous, optimist or pessimist, friendly or withdrawn etc.:

5. What does the character do – is he/she a stock broker, spy, captain, college student, parent, chef, writer, what is his/her daily schedule etc.

6. Background: are there any influential events in his/her past, do they affect the story or main goal of the character, what was his/her life like until now

7. Environment – where is the character located: is he in a military base, pirate ship, island, big city, mountains

8. Other characters that have an influence on the main character:

9. Feelings and thoughts – what does the character says and thinks about, what does he feel and stand for, his opinions.

10. What is the main goal of the character and why is it so important to him.

How to Make Your Character Memorable

The best way to reveal the traits of your character is indirect way that lets the reader draw his own conclusions and judgments. Rather than saying: »She was beautiful«, write about her appearance and circumstances in indirect way that will tell the story. »When she was not hiding her long blond hair under a baseball cap, she was turning heads.«

Your main character is usually changing as the story develops. He or she is influenced by the other characters and events that alter his/her characteristics. Often you will noticed that by the end of your story the main character has developed into someone different. This way you can create an cathartic experience for the readers or inspire them to think about their lives.

You can use questionnaires and personality tests to develop the main characteristics of your hero or use them to compare how your main character has developed and »tweak his personality« if you need to. Remember, different reactions of your character can lead to different turn of events.

Online creative writing story questionnaires and character development tools will help you develop interesting characters and stories that will make an impression. Let your creativity flow and have fun discovering the depths of your character’s soul. 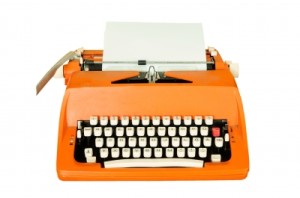